The town of Wellesley has adopted a 40R Smart Growth Zoning Overlay District at the site of the Wellesley Office Park, and the Hanover Company is currently seeking a permit to replace the office building at 40 William St. with a 350-unit apartment building and a shared parking garage. The Wellesley ZBA could issue a permit later this month, and the Mass. Dept. of Transportation and the Mass. Executive Office of Energy and Environmental Affairs are also involved in the permitting process. Click here to read the Newton Planning Dept.'s comment letter to the EEA regarding the project.

Representatives of the Hanover Company attended the Waban Area Council's meeting on January 9th at the Waban Library Center to brief the community on the project and answer questions.

WAC Bob Jampol coments on the meeting are published on the BLOG Village 14.

Highland Area Councilor Srdjan Nedeljkovic, who also serves on the City's Transportation Advisory Group (TAG), was on the Comprehensive Planning Advisory Committee, and co chaired the WAC/NHAC Future Planning committee presented his interpretation of the project slides here. He states:

Since they (the presenters) are representing the Hancock company which owns the entire 26 acre parcel, the development team should have acknowledged that further buildout is not only anticipated, but that it is required by the zoning change since Chapter 40R necessitates density of at least 20 units per acre. https://malegislature.gov/Laws/GeneralLaws/PartI/TitleVII/Chapter40R/Section6

By presenting their current project as a stand alone, single project that "just replaces one office building with one apartment building," and by stating that no additional development is currently being planned, the developer seems to be minimizing the real concerns that people should have about the overall development intentions on this site, especially its impacts on transportation. Review of documents on the Wellesley town website clearly indicates that the proposed development of this single apartment building is "phase 1".

Furthermore, the optimistic traffic counts that the traffic engineer presented still represent a 30x increase in traffic on Saturdays compared to the current office building, and a tripling of weekday average traffic from 646 cars per day to 1906 cars per day. Every single one of those drivers will need to get back home to their apartment at the end of the day, and they will all be driving down the frontage road westbound, crossing over the dangerous Quinobequin intersection (in Newton!), and then turning down William Street. 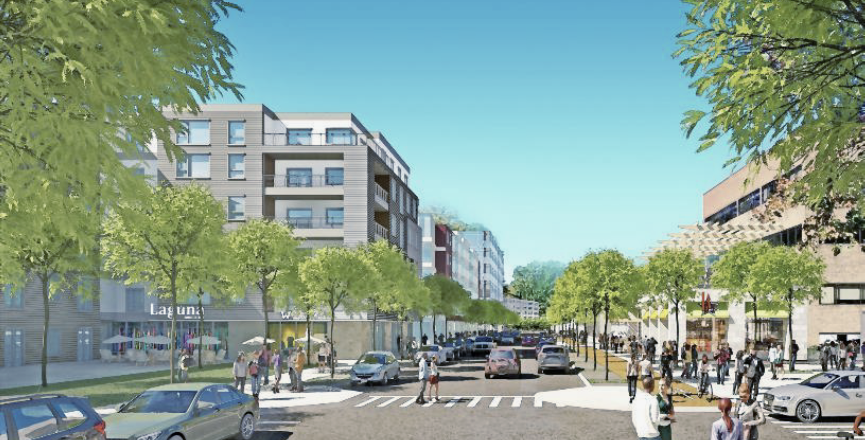