The Land Use committee of the BOA has held working sessions to discuss the Special Permit proposals for Riverside Station and the Hotel Indigo. The discussion areas for each meeting included: transportation, parking issues, engineering water and sewer infrastructure improvements, and fiscal impacts.

What is the status of Riverside and is there any new information?

Not much is news since the last working session in early August. After seven working sessions the Land Use committee does not have a completed Board Order b/c key elements of the deal involving mitigations and community betterments were not resolved.  The developer is to come back with a final dollar figure they can apply to these things - but this was not yet clear.  So the committee chairman decided not to meet again on this petition before late September,  while the committee addresses a long list of smaller petitions waiting their turn.

What is the status of the developer's contribution to reducing infiltration and inflow the area sewer system, which was promised at 8 times the calculated sewer flow from the new development?

The committee understands that the mitigation number will include adding capacity to the sewer system by paying for the cost of repairs (sealing and lining pipes) to remove infiltration and inflow at a ratio of 8 times the amount of waste water the development will produce (8:1) - for which the committee unanimously voiced strong support.  The BoA is very aware that our sewer system in this area is highly stressed and failed at some locations, which is why the first three years (of ten years') work is concentrated in this sewer basin. In addition,  community space (required by the zoning, but not specified),  and a community mitigations fund (which needs definition) need to be resolved (see below).

Would a reduction in I&I mean the development is not making a positive financial contribution to the city?

No.  Note that how much the developer pays for I&I is in addition to and separate from both the developer's and peer reviewer's financial analyses of net annual financial benefits to the city. In otherwords, the zoning requirement that the project show an overall positive fiscal contribution to the city is without consideration of any one time money spent on mitigations nor even the 3.5 million that would accrue in permit fees. So this is basically an accounting of annual property tax revenue against the cost of city services to the development, including the cost to educate a calculated number of students in the public schools. Both assessments showed a positive but modest contribution on an annual basis.

However, if you take into consideration the one time value of multiple 'up front' mitigations, infrastructure repairs, betterments and fees,  you see there would be quite a large initial fiscal benefit to Newton.  This includes:  - the estimated 15-20 millions that will be spent toward major new roadway work on off site roundabouts, Grove Street widening and revisions to the 128 ramp, the 4.8 million in I&I (cost of mitigation at 8:1), -  a community center or community space (estimates range from 1 to 3 million for different scopes) , - a requested community mitigation fund (eg: 1- mitigating development impacts on nearby intersections would cost 150K of the 500-600K of work that needs to be done to improve current poor levels of service; 2 -  a contribution to fire equipment such as a new ladder truck with the ability to reach a ten story building);. We might as well consider the benefits of the massive storm water management system that comes with the project where there is nothing currently  - and 3.5 million dollars in permit and inspection fees.

What is the significance of recent Supreme Court Rulings pertaining to infrastructure repairs and improvements?

- It is not new that there are legal limits to what constitutes mitigations a municipality may require and what additional betterments may be requested from a developer.  A recent SJC decision confirms that we may not require more than what is required by state and local laws - nor more than what is truly mitigating impacts directly attributable to the development.  We may ask and receive - but in such cases the proponent is making voluntary contribution to the city.  Upon finally voting for a proposal, aldermen who wish to oppose a development have to state cause - and cause is subject to challenge if it is not pertinent to the findings we must make specific to the rules governing special permits.

The Land Use committee of the Board of Aldermen has held seven working sessions to discuss the Special Permit proposals for Riverside Station and the Hotel Indigo. The discussion areas for each meeting included:

The seventh Land Use meeting was Tuesday, July 16th, 7pm, in the Aldermanic Chamber & Room 222, at City Hall. The Public Hearings on the zoning map changes for Riverside and Hotel Indigo will be continued, and after testimony is heard, will likely be closed. The committee will then meet in working session to discuss water & sewer infrastructure improvements, transportation mitigations, residential building design details, and perhaps discuss the Board Orders. Riverside and Hotel Indigo are the only items on the agenda.
The eighth Land Use working session for Riverside and Hotel Indigo is scheduled for Tuesday, July 23rd. The committee will discuss outstanding items from previous meetings, and begin to review the draft Board Orders. The Chair has reserved Tuesday, July 30th for a ninth working session, if that becomes necessary.
Land Use Chair Ted Hess-Mahan provided the RSNC with the following statement regarding the upcoming public hearings.
This memorandum responds to your request for information regarding the continuation of the public hearings in the Land Use Committee on the proposed zoning changes at the Riverside Station and Hotel Indigo sites. Please feel free to circulate this memorandum to any other interested persons.
On July 16, 2013, the Land Use Committee will hold public hearings in the Aldermanic Chamber at City Hall on the following items, which were opened on October 16, 2012 and October 9, 2012, respectively, and continued from time to time:
#258-12 BH NORMANDY RIVERSIDE, LLC/MASSACHUSETTS BAY TRANSPORTATION AUTHORITY petition for a change of zone to Mixed Use 3/Transit Oriented District for a portion of land located at 327 Grove Street, also identified as Section 42, Block 11, Lot 3A, currently zoned Public Use.
#272-12(2) BH NORMANDY OWNER, LLC petition for a change of zone to Mixed Use 3/Transit Oriented District for a portion of land located at 399 GROVE STREET, also identified as Section 42, Block 11, Lot 4, currently zoned Business 5.
The subject matter of the July 16 public hearings in the Land Use Committee relates to the issue of whether the Riverside Station and Hotel Indigo sites should be rezoned to the Mixed Use 3/Transit Oriented Development Zone. In accordance with the Land Use Committee’s policy regarding the conduct of public hearings, members of the public will have an opportunity to speak for up to 3 minutes. While time limits will be strictly adhered to, additional time to speak may be allowed if a representative wishes to speak on behalf of an organization or group of people. Please notify the Chairman in advance if you want additional time so you can speak on behalf of others.
A sign-in list will be provided for those who wish to speak. When your name is called, please come to the podium and state your name and address clearly into the microphone before providing your comments. In order to allow everyone who wants to speak an opportunity to do so, please be brief and concise, and confine your remarks to issues that are relevant to the proposed zoning changes and which are not duplicative of those given by previous speakers. Please also be courteous and respectful of other speakers. Members of the public are also encouraged to submit written comments regarding the proposed zoning changes to the Clerk’s office at any time. The email address of the Committee Clerk, Linda Finucane, is lfinucane@newtonma.gov.
When all members of the public who are present and wish to be heard have spoken, I will entertain a motion to close the public hearings. Both items will be held until the next working session scheduled for July 23, 2013. Consistent with our past practice, the zoning changes will be discussed after the related special permits for both Riverside Station and Hotel Indigo have been voted on. After the zoning changes and special permits have been voted on by the Land Use Committee, they will be taken up by the full Board of Aldermen at its next regularly scheduled meeting.
Thank you for your attention to and interest in this matter. Please contact me by telephone at (508) 847-4855 or by email at thessmahan@newtonma.gov  if you have any questions.
Here is a list of valuable links to city webpages where you will find detailed background information about this proposal.
·        Special Permit documentation provided to the Land Use committee may be found at http://www.newtonma.gov/gov/aldermen/special_permits/special_permits_2013.asp Scan down through the webpage to the sections labeled Riverside #258-12, and Grove Street - #272-12 (Hotel Indigo) for a list of links to documents.
·        On the Friday before every Riverside/Indigo working session, the Planning Department publishes a memo for the Board of Aldermen that summarizes issues regarding the proposal, and the discussion topics to be covered at the next working session of the committee. These memos, along with many other Riverside Planning documents, may be found at http://www.newtonma.gov/gov/planning/current/devrev/hip/riverside/default.asp For your convenience, the Planning memo for Tuesday’s meeting is attached in the documents section.
·        Land Use committee meeting agendas, audio files of the meetings, and committee reports to the Board may be found at  http://www.newtonma.gov/gov/aldermen/committees/landuse/2013.asp
·        Notes from the Chairman regarding the Special Permit process may be found at http://www.newtonma.gov/civicax/filebank/documents/44169
Thank you.
Bill Renke     brenke@riversidestation.info
Co-Chair
Riverside Station Neighborhood Coalition
http://www.riversidestation.info/ 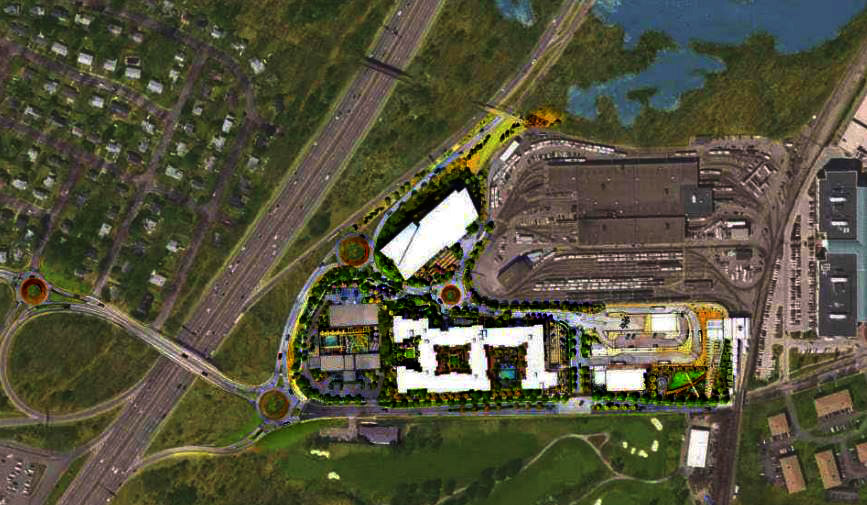